Starting a new online co-op game can be a daunting task at first because of the amount of content available in the game. Online MMORPG games are developed and updated for many years, adding new content and often rebranding the game itself (looking at you - The Cycle).

Out of all these online games, Warframe is notorious for being a relatively easy game to play but super difficult to understand. However, unlike other games where you get tutorials and explanations initially, Warframe has no such spoon-feeding moments.

Instead, the game forces new players to learn all its concepts by themselves. But not all gamers have a lot of time on their hands to know what to do in the game.

Therefore, we present you with a simple-to-understand beginners' guide to Warframe that will help you learn the game's basic mechanics and get started ahead of other newbies.

Warframe is a third-person hack and slash shooter developed by Digital Extremes. Warframe is played online, preferably as a party of four players. This game leans a lot towards role-playing RPG territory, primarily because of its focus on looting resources and upgrading your weapons and Warframes.

In this game, you play as a Tenno, a long-lost race of intergalactic space ninjas that fight by wearing the titular Warframe - a battle suit of sorts. You must face off against other races trying to bring chaos to the intergalactic peace - while looking good.

The main objective of this game is to collect resources and craft new Warframes, weapons, and more. This looter shooter formula is akin to Destiny 2 - another game that has been rightfully called Warframe’s rival because of its gameplay and progression structure.

Read More: 9 Exciting Games to Try on a MacBook

How To Play Warframe?

Now that you've got your introduction to Warframe, we suggest reading this article as you download the game from Steam or Epic Games Store.

Below, we have presented some must-know facts that you must learn to have a headstart in the galaxy of Warframe.

When you first start the game, you can select one of three Warframes. We suggest choosing the Excalibur Warframe because it is an all-rounder and the most difficult to craft later in the game.

After you complete the tutorial stage, you will be greeted by your hyper futuristic spaceship, which acts as your hub area before starting any mission. From here on out, you are on your own to do whatever you want.

We suggest you take on some optional daily missions from your star chart and learn all the abilities of your Warframe. This is essential because each Warframe has a different set of abilities requiring a different combat approach. In addition, knowing the powers will let you pull off flashy executions.

2. Explore The Stars, One Planet At A Time

When you go to the pilot's console of your spaceship, you will see the star chart pop up. This game takes place in our solar system, with only a few planets being unlocked at the start of the game. You must complete all missions in each world to unlock the next one.

While it can be daunting to look at the star chart and be astounded by the amount of freedom you have, you can explore and complete missions at your leisure like Monster Hunter World or The Witcher 3: Wild Hunt.

We suggest completing planetary missions and unlocking each planet as fast as possible. The more planets you unlock, the more missions you will have access to. This is important since many missions are the only source of farming for new Warframe and weapon parts.

Warframe has retained its popularity for so long because of its combat and movement mechanics. You can jump, slide, dodge, shoot, and slice up anyone on the screen with a lot of speed and fluidity.

Therefore, we recommend new players master the art of sliding and jumping around the battlefield to outmaneuver large groups of enemies and even tricky bosses.

Learn to control your mouse movement like Counter Strike Global Offensive since landing headshots while sprinting, sliding, and jumping is the primary combat loop that you will utilize in every fight.

You May Like To Read This: How To Play Dead Cells? – A Step By Step Guide

Since Warframe is an RPG game, you will be crafting many items, especially weapons and new Warframes. However, crafting such things in the game requires you to farm many resources. So, therefore, do missions that have enemies that drop specific items upon death.

However, there are some rarer and essential items that bosses can only drop. Fortunately, you can replay almost every planetary mission in the game infinite times. Therefore, murder the same boss over and over again to get all the items that you need. You should do this for crafting the Rhino Warframe, the first craftable variant available in the game.

Also, some weapons and items need Platinum - the game's premium currency to create. Learning how to get platinum in Warframe should be done later in the game, along with the secrets of how to trade in Warframe in the extensive Warframe market.

5. Be Better Than A Discord Mod

Warframe Mods are exactly what the name suggests - modifications to your weapons and armor. There are hundreds of mods to choose from, all of which add unique upgrades to your attacks and lots more.

Therefore, the more mods you have equipped, the stronger you will be. However, with so many mods available to players, it can be daunting for newer players to get accustomed to all the effects of the mods and how to combine them to create potent effects.

The more you level up your Warframe and all your weapons, the more mods you will be able to equip. As a beginner, just focus on increasing your mod slots and mix and match several mods to enhance your playstyle. Also, sell unwanted mods for Endo - a mod upgrading material.

6. No Shame Relying On The Warframe Wiki

Warframe has its dedicated fandom page, which stores information about almost everything in this game. So if you are stuck on a difficult mission, or want help finding a particular resource for building new weapons and Warframes, take the help of the Warframe Wiki.

There are no plans to release Warframe 2 as of now.

Q2. Which Is Better Warframe Or Destiny 2?

If you prefer FPS games, then Destiny 2 is the better choice. However, Warframe has better third-person combat and is free to play.

Q3. Is Warframe Pay To Win?

No, Warframe does not pay to win.

Q4. Is Warframe Hard To Play?

Warframe is not a challenging game, though it may be hard to get into at first for new players,

Warframe is one of the best free to play pc games of all time. This online cop shooter looter has become famous because of the vast amount of content the game provides to all players.

However, the new player's experience is still tricky because there are not enough tutorials to help newcomers understand what to do in the game at first. This is why we recommend learning the moveset of your Warframes and playing around with your equipment as the starting point for any Warframe beginners guide.

If you liked reading this article, then read our other articles on Portal 2 and Apex Legends! 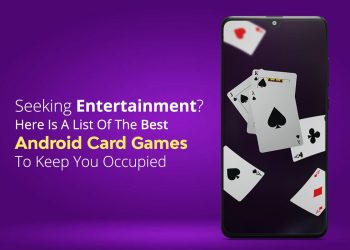 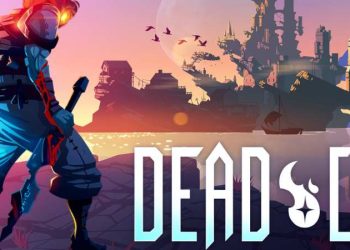