Battle royale games are some of the most thrilling experiences that you can have in multiplayer FPS PC games. This is because the entire gameplay loop of battle royale games involves dropping down on an island filled with loads of weapons and 99 other players waiting to get their hands on the same gun.

When did apex legends come out? This is a question that has been asked by many players worldwide, along with who made apex legends? Apex Legends was released in 2019 and was created by Titanfall 2 developer Respawn Entertainment, while EA published the game.

To make your life easier in Apex Legends, we have decided to create a guide aimed at beginners of this game. So, read this article to find out some of the best tricks you can utilize in-game and become the Apex Predator in no time!

How To Play Apex Legends?

Therefore, to ensure that you know how to get better at Apex Legends, we have some tips on how to play better and even some information on various elements of the gameplay mix for beginners.

The primary gameplay loop of battle royale games is present here. Your team of 3 players lands on one of the four maps of the game - Kings Canyon, World Edge, Olympus, or Storm Point. These four maps are different from each other since they have different elements to traverse the map.

You can team up with random teammates, or you can team up with one (Duos) or two (Trio) of your other friends. However, unlike other battle royale games like Fortnite or PUBG, there are no options for playing solo. However, you can do so by playing duos and trios alone. This will be a challenge since you alone will be going after teams of two and three players, leaving you at a significant disadvantage.

After landing, the main objective should be to look for any piece of equipment available on various crates scattered all over the map. Many parts of the equipment are also found scattered randomly outside these crates. Loot whatever you can and position yourself in places where you expect enemies to come from so that you can ambush them while they frantically try to loot things around you.

When you participate in a gunfight, always try to get to the vantage point around you. Getting to these high-altitude locations will help you see the map better around you and sport where enemy teams are.

Read More: 9 Exciting Games to Try on a MacBook

Various items like health packs, shield cells, grenades, thermites, etc., are available in this game. These are all support items that aid in combat and surviving ambushes. In addition, many pop-ups upgrade specific guns in the game, making them better controlled and dealing more damage.

There are many types of gear available in Apex Legends. However, your guns and shields are the most important amongst them. There are a few types of Evo-shields in the game that their color can identify. These shields absorb damage before it starts depleting your health (capped at 100). They are,

A shield can evolve from one level to another by getting damaged by enemies. For every 125 damage you receive, you will increase its level by 1. Also, shields can be depleted by enemy fire. Use a shield cell or shield pack to regenerate your shield strength if this happens.

There are various types of weapons in the game. They are either found on the map or appear exclusively in Supply Drops. They are,

All of these guns require any one of these types of ammunition:

You May Also Like This: How to play Minecraft? A Step By Step Guide Of 2022

If you want to know how many legends are in Apex Legends, then be pleased to know that there are currently 20 apex legends characters, which can categorize into four categories depending on their abilities. They are,

Offensive: Your primary damage dealers. They are,

Defensive: Your defensive experts. They are,

Support: Provides support like getting items and healing teammates. They are,

Recon: Locates enemies and snuffs them out. They are,

Every Apex Legends patch notes beings new changes to the guns and characters, making them more powerful (buff) or weakening them (nerf). The meta is created depending on the current power level, which lists the best weapon and characters to use in-game at a certain period.

Many gamers believe that Apex Legends is better than Fortnite because it has better gameplay and a higher skill ceiling.

Q2. Is Apex Coming To Mobile?

Yes, Apex Legends is coming to mobile in April 2022.

Apex Legends will forever be a free game.

Apex Legends will forever be a free PC game.

Getting better in a battle royale game can be difficult. This is especially true with high movement FPS games like Apex Legends, which requires good aim and game knowledge to be better. Therefore, playing this game frequently with the right mindset and grind setting. Play steadily, learn from experience, and read this article to get better at this game and understand its main elements.

If you liked reading about this article, check out our gaming articles. 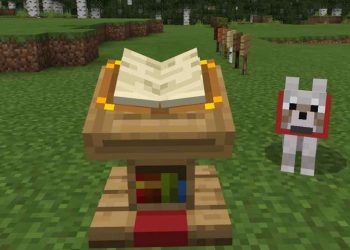 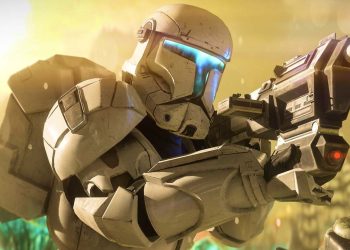