Understanding Your Options When You Land a Lemon in Pennsylvania

Legally, a lemon’ is a car you bought that is defective. Lemon laws exist to protect consumers who paid thousands or tens of thousands of dollars for a new or barely used vehicle that turns out to have expensive problems. Let’s take a look at Pennsylvania’s lemon laws.

When Is My Car a Lemon?

Not every car counts as a lemon under the lemon laws if there is something wrong with it, For example, Pennsylvania lemon laws only apply to private vehicles driven on public roads and don’t carry more than 15 people. There are different laws that protect commercial vehicle buyers or “toys’ like defective ATVs and little kids’ cars. You may not be able to take action under lemon laws if you’re driving the car for work. Nor does the lemon law apply to every private vehicle. First and foremost, Pennsylvania lemon laws only apply if you leased or bought the car new This statute rules out used cars. The car must be less than a year old and has less than 12,000 miles on the odometer when you report the issue. This protects the car seller from being held liable for general wear and tear. Dealers don’t have to repair anything damaged by after’ market alterations or malicious damage to the vehicle.

What Does a Lemon Law Let You Do?

If the vehicle turns out to be faulty through no fault of the driver and remains the responsibility of the dealer, there are several options. One is having the dealer repair the issue at their expense. They typically get two to four tries to repair the defect, though some states give the dealer one chance to make the car safe to drive. In Pennsylvania, the dealer must repair it within 3 tires or a total of 30 days out of service. If the value of the car is killed by the defect (such as not running) or the issue is dangerous (think: non-working brakes), then the dealer has one chance to fix it or compensate you for the defective car. If they can’t repair the issue, they either have to refund your purchase or give you an equivalent vehicle. The lemon law in Pennsylvania also gives you the ability to sue the dealer if they won’t fix it and won’t refund the money as well as the option to demand compensation for repairs you paid for out of pocket. What if your car is used or older than the new cars covered by Pennsylvania lemon laws? Then breach of warranty laws apply.

An Overview of Breach of Warranty Laws

Pennsylvania’s breach of warranty law is similar to the lemon laws but not as strict. It only applies to defects that appear during the car’s original warranty period. Sorry, but extended warranties don’t matter here. The car dealer has the same number of tries and days to fix it. However, the defect can only be warrantable. The claim limit for a lemon law is four years from when you bought the car. Under the breach of warranty rule, it is four years since you noticed the issue. This is why you can’t afford to wait to report an issue to the dealer or fail to document the first time you tried to get the dealer to fix it. 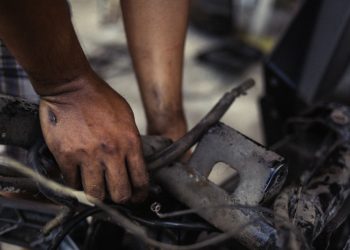 Injured on the Road Due to Your Motorcycle's Mechanical Fail... 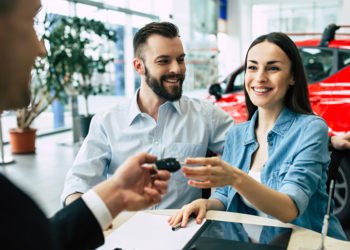 3 Tips For Adjusting Your Driving During Inclement Weather

How To Increase Horsepower on Your Chevrolet Camaro

How To Wash Your Car in the Winter

4 Premium Segment Cruiser Bikes that Are Too Hot to Handle

In the Driver's Seat: Can a Minor Car Crash Result in a Seri...