Every year, the world is introduced with a new automotive technology that is far more advanced, better and greater than the other technologies. We have auto shows where companies come together to show off their latest vehicles with their latest auto tech that stands them apart from their competition.  The auto industry recently introduced solar-powered cars.

Almost every other year we come across a car tech that makes headlines and takes over the automotive industry all over the world. There are vehicles such as Jaguar XJ a Luxury Sedan with a Supercharged Engine that has some of the best technologies that are its highlight feature.

Usually, advanced technology is first offered in high-end luxury vehicles and after some time, the technologies are offered in less expensive vehicles when the general public is more aware of its usefulness and the price comes down.

Today’s cutting edge technology is a standard technology in the future cars, however, that does not mean that the world and car enthusiasts are not keeping a track of the new advances in the current auto tech. There are 8 new advances in automotive technologies that we cannot ignore.

Here are these 8 technologies that have become better and more useful with time and careful practice of automakers.

This car tech is used for baking out of a parking space or a garage and it is quite useful. Backing out of a closed space can be very difficult and if you add light traffic into the equation, this becomes slightly dangerous as well and stressful as well.

We have had rear pointing radars for quite some time that are used to alert the drivers of any objects that are immediately behind the vehicle. The “thing’ could be a person, a wall, a tree or even another vehicle. However, the newer and more advanced version of this auto tech looks out for any approaching cross-traffic as well.

When the rear-mounted radar detects any traffic approaching the vehicle, it will send an alarm to the driver. Almost every brand has a version of it, for example, Chrysler calls their read mounted radar “Cross Traffic Path Detection,” while Ford call’s their system “Cross Traffic Alert.” 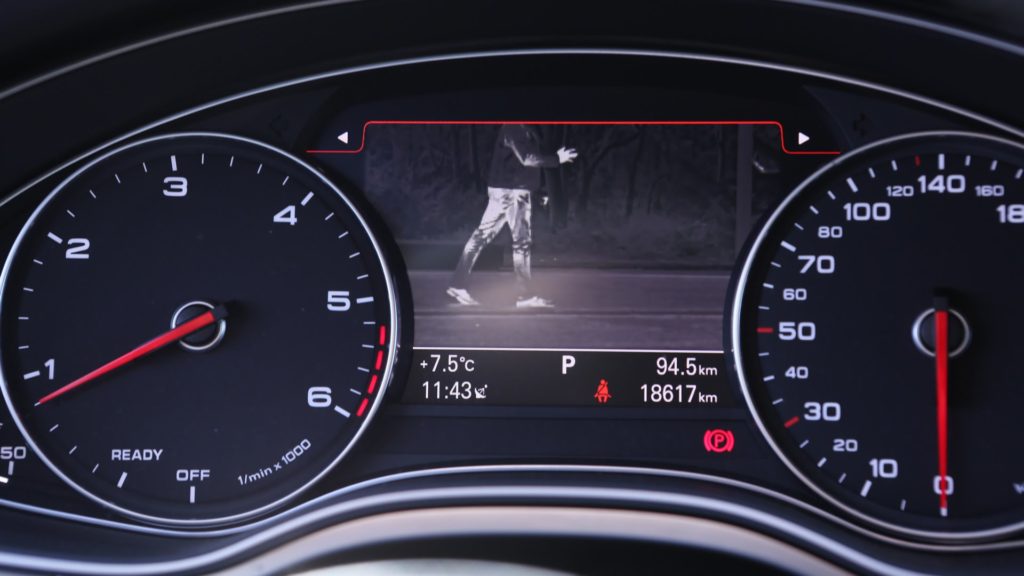 Night vision is not a new car tech and it has been a part of vehicles such as Jaguar XJ – Luxury Sedan, and other luxury high-end vehicles. However, much like every automotive technology, time and updates made it a part of less expensive vehicles as well.

Cadillac offered it in its vehicles in 2000 and then Mercedes-Benz updated the technology and called it “Night View Assist Plus.” The newer and better version of this car technology works predominantly to point out pedestrians and highlight them on the dashboard display.

This makes it easier for drivers to keep an eye on the road while the system takes care of keeping a watchful eye on the unsuspecting pedestrians. BMW has a similar auto tech that identified pedestrians as well as show which direction the person is going.

The technology will give the driver a warning when the distance between the vehicle and the pedestrian decreases. The warning will appear on the head-up display and on the night vision monitor as well. 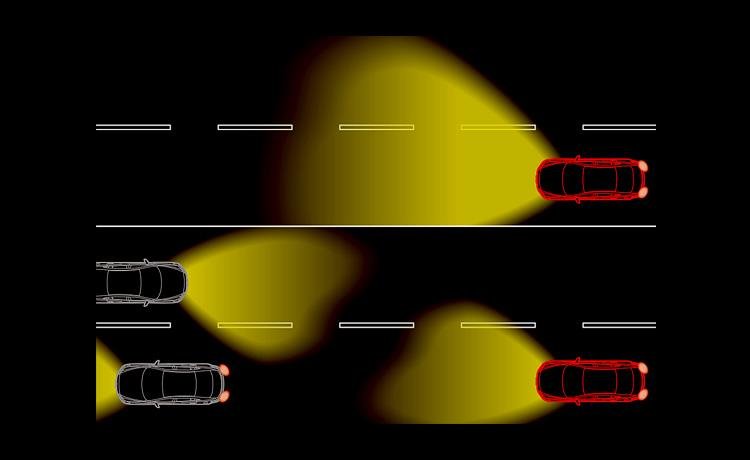 Sometimes, the new advancement in automotive technology is not about upgrading it to make it fancier, sometimes it about makes it more utilitarian and useful. The Automatic High-Beam control is a handy little technology that may not seem like much, but it is very useful.

As the name suggests, this car tech will automatically dim or brighten the headlights according to the approaching vehicle and the road. This technology uses a camera that is placed at the black of the rearview mirror that will alert the driver if a vehicle is closing in by brightening the light.

Mercedes-Benz has made this technology better and named it “Adaptive High-Beam Assist” and it gradually increases or decreases the light distribution according to the distance between traffic and road conditions. 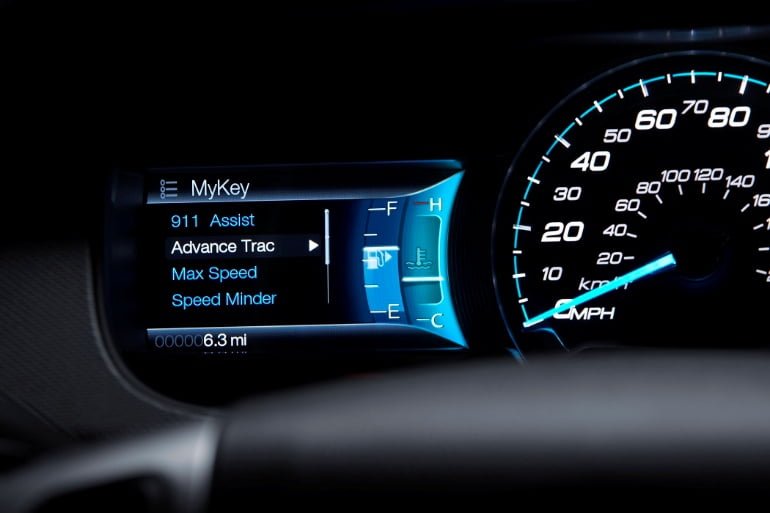 You can tell by the name of this automotive technology what it is about. It is for those concerned parents who don’t want their children to over-speed or drive while they are distracted by the vehicle’s sound system. Ford has named this “MyKey” system that ensures that the vehicle cannot go above a certain speed and set volume level.

It changes with the brands and companies, but usually, the speed is limited under 100 mph. This handy little technology actually makes it possible for the parents to set an alarm that will continuously sound until the teenager has worn the seat belt. 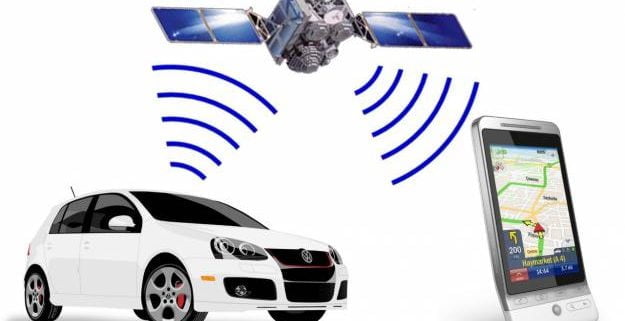 There are many vehicles that come with GPS Vehicle tracking technology that will give the notification of the vehicle’s position every 10 seconds or so. This auto tech requires the internet so it is often found in luxury or high-end vehicles, but you can always purchase a third party product and install it in the vehicle as well.

The standard feature car alert parents or the individuals via cell phone if the vehicle crossed a speed limit if it went to prohibited areas and crossed a certain city limit. Of course, there are other versions of this technology, like the “Valet Mode” that will keep an eye on the valet and how he drives the vehicle.

Almost every vehicle now comes with at one or two cameras for various reasons and functions. Brands have added cameras to the rear of the vehicle so that the driver can keep an eye on where and how he is reversing the vehicle, brands have added parking cameras and 360-degree cameras so the vehicle is safer and the driver has better information of what is happening around the vehicle.

Of course, if the camera detects any hindrance or anything in the path of the vehicle, it will sound an alarm and the driver will be given due notice to the driver so that he or she can take necessary actions to prevent any collision or crash that might happen. 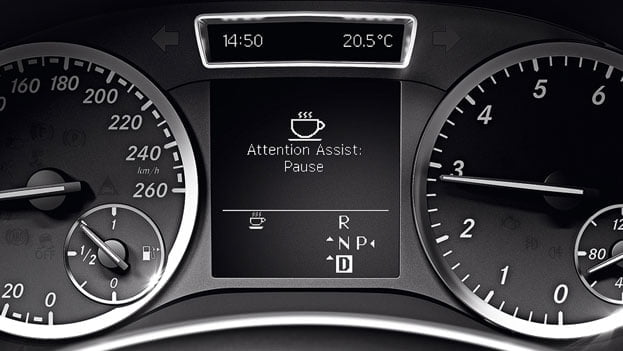 Driver Attention Assist is an automotive technology that will judge whether the driver is paying attention to the road if he is feeling well or not and if the driver is tired. This technology will first draw a pattern of the driver’s usual driving behavior and take note of the usual speed, acceleration, steering wheel angle and such to see what the driver normally does and when the system has a relative idea of how you drive, it will send out a warning if you deviate from it.

We now have cars that have in-car Wi-Fi hotspots, 3G networks, and 4G LTE technologies so that they can enjoy the simple pleasures of using in-car apps that will make driving the vehicle better and more enjoyable. Of course, you can choose to purchase third party gadgets, but this is a technology that is widely available in vehicles now.

These are 8 new advances in automotive technologies that you should look out for. Many technologies are great and are developing even with every passing month. Automotive technology, like Driver Attention Assist and Night Vision, makes the vehicles safer and the drivers more confident while they drive their vehicles in all kinds of weather conditions and road conditions. Such more advancements in these technologies, our cars can become safer than ever before.