Facebook’s new corporate name is Meta. The CEO, Mark Zuckerberg has announced the new name on Thursday in the company’s annual connect. However, the company has been under severe pressure from certain exposed controversial pieces of evidence. Mark has already explained the goals of this Facebook Name Change which is pretty convincing. But why is the name “Meta?” What Facebook has to do with “Metaverse?” Is Facebook changing its business model through rebranding?

Read the below sections to get answers to all these questions about the recent Facebook announcement in detail.

The Meaning Of The Word “Meta”

Following the Facebook name change event on Thursday, the internet world is flooded with several criticisms, queries, and confusion. However, Mr. Zuckerberg has explained the concept of Meta as an “immersive embodied Internet.” According to his comments, this Facebook name change would help the company build the “Metaverse.”

So what is Meta? It is a Greek word meaning “beyond” or “after.” After 28th October 2021, Thursday, the company is recognizable as “Meta.” Not only the name but also the logo of Facebook has also changed from an “F” sign to an “infinity” symbol. Through this rebranding, the CEO has brought Instagram, Messenger, Whatsapp, and Facebook under a single shed which is “Meta.”

After Facebook’s logo has changed into an infinity symbol, it is confirmed that users are going to live in “Metaverse” But do you know Mark is picturing Metaverse? It will go far off the internet, with natural interfaces, teleporting, avatars, virtual tours, interoperability, etc.

Let’s go to the point from where this idea arrived before going into more depth about Facebook changing name. So, Metaverse is not the inherent planning of Facebook. Its roots are in the novel Snow Crash by Neal Stephenson. Zuckerberg asserts that residing in the “Meta” would allow people to live in the Metaverse. It will make them feel so vivid and natural so that you don’t even have to think about using devices. You will reside in the world of Meta, just like the real-life world.

What’s the long-term planning of Mark Zuckerberg for building this Metaverse. First of all, Meta is planning to let people enjoy Mrtavserse experiences free of charge. There are also plans for Meta to support streaming and site-loading from PCs to support users’ choices. Additionally, through Metaverse strategies, Facebook will avoid Google and Apple’s rules of regulating the Android and iOS platforms.

I hope most of you are aware of the controversies that Facebook has been going through over the past few months. Critics have therefore stated that Facebook changing its name to a new name is nothing more than an “eyewash.” After the problematic news circle regarding Facebook, this move appears to be a “brand image restoration strategy” to the researchers. What were the problems?

Facebook data leakage, trafficking maids to the middle east, promoting political rivalry, supporting body-shaming, etc. All these degraded the brand’s reputation over a certain time, and maybe a Facebook name change is a cure to these…

Denying these activities, the CEO has termed the connection between these controversies and rebranding as “Ridiculous.”

From Mark Zuckerberg’s visionary ideas, the new name “Meta” reflects the endless positive growth opportunities of the company. He wants to make this social networking platform something more beyond a mere “social site.”  By logging AR and VR technology, he wants to give Facebook a new future. However, critics are contradicting, saying this Facebook name change is just an attempt to repair the criticisms from researchers and lawmaking bodies because of the exposed controversial evidence.

Meta is the new parent company of Facebook, Whatsapp, Instagram, and Messenger. On Thursday, 28th October 2021, at the company’s annual connect event, the “ Facebook change name ” announcement happened. Nevertheless, this parent company is reportedly working on a Smartwatch at present.

The Facebook name change event happened on 28th October 2021 Thursday. On this day, the company organized an annual connect ceremony were the CEO, Mr. Zuckerberg, made the “ Facebook change name ” goal successful.

To conclude, Facebook although has some serious issues with regards to “data severity” or “user privacy.” But Zuckerberg has promised a seamless user security and experience on the place that Metaverse is going to bring.  Despite the massive challenges which are waiting, the Internet economy is going to have a disruptive innovation by the next decade. While the criticisms will stay in place, we can expect some great things waiting ahead in the future from “Meta.” 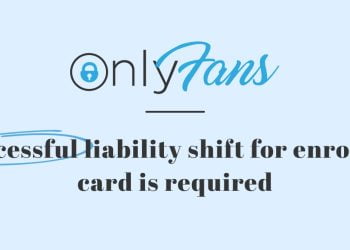 What Is "Successful Liability Shift For Enrolled Card Is Req... 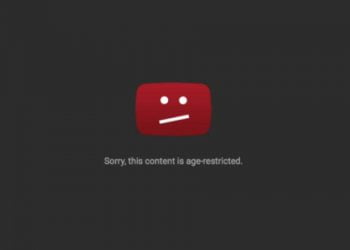 How To Turn Off Age Restriction On YouTube | Online News Buz... A Simple Guide From Trollishly On How To Build A Strong Prof... 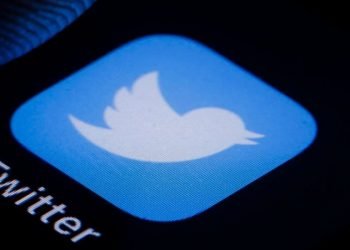