IIM Ahmedabad and IIM Calcutta are undoubtedly among the most prestigious educational institutions for management education in India. Both the esteemed and distinguished establishments have rigorous entry criteria, i.e. clearing the strenuous entrance exam, CAT and select approximately 300 MBA (more accurately, PGDM) students roughly out of around 1, 50,000 applicants every year.

Management aspirants all over the country wish to study in this prestigious institutes, but get confused when faced with a choice. While some may have already made up their mind as to which institute they shall be trying for, others are still wondering which IIM is the best for them. In this article, we shall talk about two of the oldest and best IIMs in this country, IIM Ahmedabad and IIM Calcutta.

CAT Cut off and International Accreditations :

Placements have always been a major proposition for a tug-of-war between the IIMs. The strife for placements between both the eminent management institutions for placement is not only tantamount between them but is proportionate to Ivy League business schools in the US. Global investment banking and enormous management consulting companies offer Associate positions to students from both the prestigious institutions.

According to reports from the Economic Times, the placement process for the class of 2018 of the postgraduate program (PGP) in management at IIM Ahmedabad has been concluded. The students have been placed in more than 23 cohorts with offers from firms of multiple domains.

The notable Alumni of IIM Ahmedabad are Ivan Menezes who is the president and CEO of Diageo North America, Harsha Bhogle from IIM Ahmedabad is a cricket commentator, Chetan Bhagat is a well-renowned author.  Again the highest salary for the MBA graduate from IIM Calcutta for its 10 batches was 54 lakhs with a median salary of 25.33 lakhs

While both the institutes are among the best business schools in our country, offering the best study experience along with the most remarkable of resources, there can be only one clear winner. As such, we can conclude that IIM Ahmedabad is the better of the two. It has better rankings in both national and international standings, which is the primary reason why IIM-A is considered by many to be the best IIM out of all. This isn’t to say that the IIM Calcutta isn’t a good institute. It is certainly up there with the best having taught and trained a few of the best minds of the present times, but as must have become clear in this article, IIM Ahmedabad clearly ranks above the IIM Calcutta. 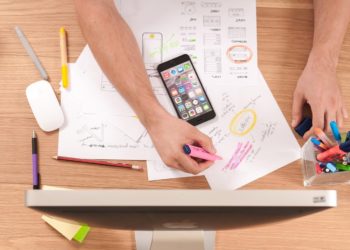 How to Eliminate Risks in Confined Spaces

What are Nuclear Reactions?

A First Time Landlord’s Guide to Renting to Students

Why Do We Think That Private School Is Better Than Public?

Study Online Now and Get that Promotion You Deserve

What to Do with Your Kids’ Drawings

The Advantages and Disadvantages of a Graduate Certificate

5 Tips on How to Crack the IAS Exams Smartly