The Most Reliable Jobs In An Increasingly AI-Driven Workspace

Over the last decade or so, the advances made in Machine Learning (ML) and Artificial Intelligence (AI) have made many workers fearful of their future job prospects.

In particular, AI is already powering many of our most popular applications (Spotify, Gmail, Netflix, etc.) and the tech is now making huge inroads in the workplace too.

With AI self-driving cars on the horizon and powerful AI apps already making some jobs redundant (so-called, pointless jobs), it could be easy to think the future of workers looks bleak. However, while AI is indeed capable of replacing many human work roles, some careers look relatively safe and could offer a more secure future.

If you’re worried your job might be usurped by tech, below are a few careers that most experts agree should remain in demand and safe despite the unstoppable rise of machines.

While it’s true robots are becoming considerably more adept at technical manual tasks, it would seem incredibly unlikely that they’ll ever be able to take the place of a skilled handyman that can perform multiple different jobs.

Likewise, repairing and maintaining machines like the type of work at https://cbeuptime.com/our-services/pump-service-blower-repair/ requires manual dexterity and skills that are a long way off currently being achieved by AI.

Machines lack empathy and that shows no signs of changing anytime soon. While it’s true the role of managers will likely change considerably in the future and is quite likely to be reliant to at least some degree on AI, robots lack the human decision-making skills and so-called ‘soft skills’ that the best managers possess.

A good manager can understand their team and can get the best from their workers. These types of talents are far beyond any AI robot.

As noted above, machines lack the ability to care and show empathy - two vital skills for healthcare workers. Undoubtedly, robots and AI will continue to play an increasing role in the health industry as a whole - however, experts suggest it’s highly unlikely they will ever fully replace human doctors and nurses.

Again, machines lack the empathy, compassion, and understanding that are required when talking to patients about their problems and working out their particular needs.

Put simply, AI lacks the personal experience and life skills we as humans build up through our lives making psychiatry and counseling impossible roles for them to perform.

Working in psychiatry involves the practitioner putting themselves in the place of the patient to fully understand their issues and offer suitable, bespoke solutions - something a machine simply cannot do.

As AI comes to dominate the workplace, so the demand for skilled practitioners, researchers, and programmers capable of writing AI code will increase. Indeed, it’s suggested that the number of new AI-related jobs will be larger than the roles the tech replaces.

As the old saying goes, “if you can’t beat them, join them”, and if you want to stay ahead of the curve and be guaranteed a job in the future, studying the mechanics of AI and gaining a greater understanding of how the tech works could be your best choice.

AI is changing how students approach education and are overhauling the operations of schools, colleges, and universities - but that doesn’t mean the tech will replace the traditional role of a teacher.

Rather, AI is likely to be used in tandem with traditional teachers to help identify gaps in knowledge and areas for improvement. However, the one-on-one mentoring, understanding, and compassion shown by teachers are unlikely to ever be achieved by machines.

AI is already transforming the role of scientists with automation and calculations that can be completed in seconds rather than years (for example, in medical research). However, AI will only aid and amplify the underlying work of scientists instead of completely usurping the role.

Working in the legal industry requires a great many skills that are way beyond what any AI machine is likely ever to achieve.

From winning the trust of clients to preparing and delivering a case in court, a job as a lawyer is highly complex and requires many human talents that machines simply can’t compete with. Again, AI may well help a lawyer put together their case - but it will never replace a legal professional. 7 Ways To Build Your Personal Profile And Become Known In Yo... 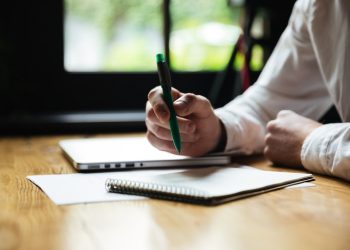 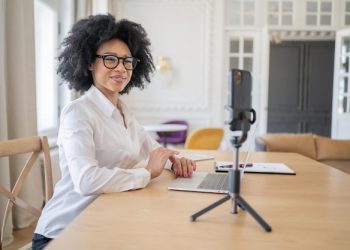 Several Side Hustles That You Can Start Now 6 Remarkable Tips For Keeping Your IT Skills Up To Date