If you’ve been arrested, your mind is going to be going in a million different directions. You’re probably scared, frustrated and more than a little embarrassed. Whether you’re arrested for an outstanding warrant or a DUI, the feeling is the same. You’re going to jail and, more likely than not, you’re going to spend some time there. It may be a few hours, it may be a few days – but either way, if you can’t come up with bail money, you may be sitting there a lot longer than you’d like.

First, let’s talk a little bit about the different types of arrest. For most minor offenses, after they book you and keep you in a holding cell for a little while, they’ll probably let you go home. They have to technically arrest you for technical reasons, but more often than not they let you go on your own recognizance.

If you’re pulled over or stopped and the police find that you have an outstanding warrant, they do have to arrest you. Depending on the amount of the warrant, you may be able to get out rather quickly. If the warrant is less than the state limit (usually this amount is something like $350) the cops will let you go home and you’ll be released on your own recognizance. If the warrant amount is higher than the state limit, you’ll have to pay the whole thing or stay in jail until a judge agrees to see you.

What if You Can’t Afford the Warrant of Bail?

If you are unable to pay the full warrant amount, or if you are given bail and you can’t afford it, you need to make a few decisions. You may have the cash on you. If that’s the case, great – pay the amount and head on home. Most people don’t carry hundreds or thousands of dollars around with them.

You may be able to call a family member to bring the money to you. Keep in mind – you get one, very short phone call. You have to hope and pray that you have the person’s number that is able to help you. You also have to hope that the person you call is able and willing to help you. Even if they are, the police will probably tell you that you only have a certain amount of time to get them the money or they will have to transfer you to the county jail.

The last choice is to reach out to a bail bondsman. If your bail is high enough, you may have no choice but to call a bail bondsman. Since you won’t have the ability to do this yourself, you need to make a phone call to a trusted family member and ask them to arrange for bond for you. If they are able to find a bondsman who will give them the bond for your release, know that it doesn’t come without a hefty price-tag.

How Does Bond Work?

If your family member is able to secure a bond for you, there are a few things you need to understand. First, bondsman rarely agree to pay your bond without collateral. Your family member will more than likely have to put their house up as collateral in order to secure your bond. They will also have to co-sign the loan. Bail bondsman are burned way too often to just give money to criminals without having a way to collect it.

Bail bondsman also charge a fee when they agree to issue your bond or bail. This fee is the price you pay for borrowing the money. When you’re in jail, you tend to not care what this fee is. You are so eager to get out and get home to your family that you’ll agree to just about anything.

If you post bond and either flee or fail to show up to court, know that the bondsman will come after you. They will file a lien against any collateral that was posted and file suit against the family member who co-signed your loan. It is better if you just go to all of your court dates and find a way to resolve the charges. Once this is done, any bail that was paid will be returned and the bond will be released for the agreed upon fee. 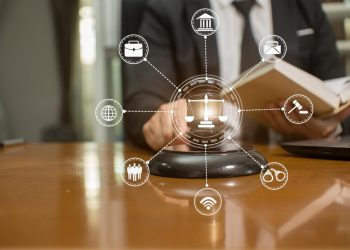