Whose Lightsaber is Rey Using?

I don't recall Rey ever touching Luke Skywalker's lightsaber in the film. This is not to say that she couldn't have used it at some point during her stay on Ahch-To, but if she did, my memory is failing me.

Going off of what Wookieepedia says about the weapon, it doesn't seem like something Rey would be familiar with. The weapon is "activated by gestures made with the hand holding the rey lightsaber," and only one in a million can adequately wield it.

The other factor to consider is that the saber's usage in The Last Jedi didn't feel like Rey was exceptionally proficient with it. She had to use two hands to deflect Kylo's red saber, and it didn't seem like she could parry blaster bolts very well.

This has led me to wonder: is the lightsaber Rey using in Star Wars 9, Luke Skywalkers?

I think that Rey is nothing more than a Force-sensitive scavenger with some questionable parentage. Despite her ability to use telekinesis and mind tricks, she doesn't deserve to wield the same lightsaber as the Last Jedi and hero of the galaxy.

Rey has Luke's lightsaber, and to a lesser extent, Finn wielding the blue saber from Kylo Ren suggests that Abrams doesn't understand what makes Star Wars special. There are two reasons why I've been interested in this movie franchise since childhood.

The lightsaber is cool and all, but it tells you everything about Star Wars if you think about it. A young farmer finds a robot, goes on an adventure with some scoundrels, and eventually becomes a galactic hero. The lightsaber is the one explanation we need for Star Wars' entire plot. It's Luke Skywalker wielding it in A New Hope, and it's Rey who wields it at the end of this sequel trilogy.

We've got one more movie in this sequel trilogy, so there's still time for the plot to justify Rey having Luke's lightsaber if Abrams wants it that much. But I doubt he does. Abrams seems like a man who would instead give us an homage than take us on an adventure for all his talent.

The Last Jedi is a film that dismantles much of what makes Star Wars special. Perhaps Abrams will use his final connection to the sequel trilogy to reinforce those elements instead of destroying them.

Now, first of all, I have no idea why anyone would think it's the green lightsaber. Secondly, even if Rey used some other green saber - or Luke's original green saber, source material notwithstanding - it's not like Rey using a lightsaber is somehow wrong or against the canon. Oh no, I'm not doing this again.

The thing about this critique of The Last Jedi, and all reviews of The Last Jedi, is that there are so many points to address, but only tens of thousands of words to do so. The movie is less than two hours long, and every single aspect of it needs to be dissected with a fine-toothed comb, so I'm going to settle for this: 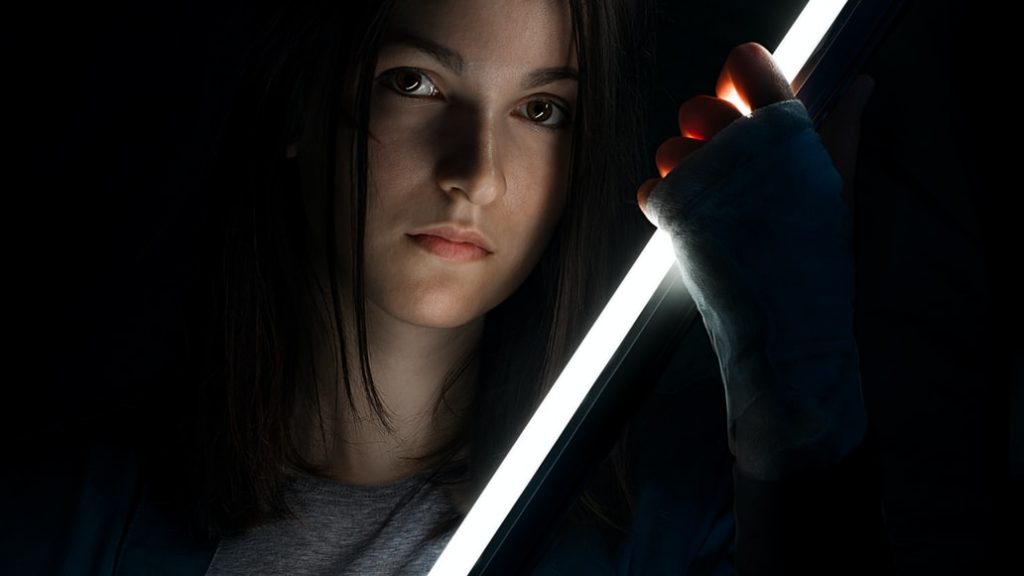 "activated by gestures made with the hand holding the lightsaber" "only one in a million can properly wield it" Rey does post-RotJ canon, which means she probably used Luke's saber before when she was training under him. While it would be nice to have seen that sequence on screen, Rey using a lightsaber is not something I expect to get addressed in The Last Jedi. "The lightsaber is the one explanation we need for Star Wars' entire plot." This is just the most egregious example of Rian Johnson being misquoted or quoted out of context.

Luke Skywalker's lightsaber has only ever belonged to Luke Skywalker and will return to his possession at some point during Episode IX. It is only the first half of his story, and Luke's part in The Last Jedi was to pass on his knowledge to Rey and begin the journey, which will end with the lightsaber returning to him. This same article also complains that characters learning from one another instead of "just telling each other everything" is astounding.

No one gets to wield the lightsaber except for Luke. He's not "more worthy" than Rey; he just has more story left to him in this Star Wars trilogy - that's it. The article claims there is no explanation for Luke wielding a lightsaber is just another example of ignorance towards the post-RotJ canon. Every Jedi, in the canon of the sequel trilogy, wields a lightsaber. It is not special or unique to Luke Skywalker to do so.

"Rey doesn't deserve it." This claim is bizarre - why does anyone deserve anything? Rey deserves nothing, except perhaps what she has earned with her sweat and tears. This article claims that Rey deserves to have Luke's lightsaber, but not his knowledge or training defies logic.

"We've got one more movie in this sequel trilogy, so there's still time for the plot to justify Rey having Luke's lightsaber if Abrams wants it that much." I find this part less offensive than other parts of the article because this is an opinion, but it also shows the author's ignorance.

It's not up to Abrams whether or not Rey gets Luke's lightsaber; that is entirely Rian Johnson's decision. If Abrams wants Rey to have Luke's lightsaber, he can say so - but it doesn't mean she does. I am sick and tired of these people thinking they can speak for Lucasfilm, Disney, Kathleen Kennedy, or Rian Johnson. They cannot.

"But I'm still bitter." This article picks up on my #1 pet peeve about The Last Jedi - the blatant lying to preserve the mystery behind Supreme Leader Snoke's identity and backstory. This article is an example of why that was a poor decision from the start. Snoke's backstory does not need to be a mystery, and this is why:

"I wanted it to be a surprise in the movie." Well, guess what? It wasn't. In two separate scenes, the audience was told twice that Snoke has been around for a while - once when Luke Skywalker tells Rey about him and again when Snoke tells Kylo Ren.

In the grand scheme of things, this doesn't matter that much because it's just a detail in a movie we've watched; we can go back and enjoy The Last Jedi all over again without having this point spoiled for us. But Disney has set up an expectation: any time they ask the audience to 'wait and see,' there needs to be a payoff in the end. If this information isn't revealed in Episode IX, then it's probably not going to come up again - which is why it wasn't important enough for Rian Johnson to include in The Last Jedi.

"I just wanted to keep my options open in case they decided to go a different way." Sorry, but this is not how films work. This is an utterly nonsensical claim. It's like saying, 'well, I didn't want it to be Luke Skywalker, so I won't address him until the very end of The Last Jedi.