Singapore is widely considered a model for superb economic development. It has a gross national income of US$54,530 per capita.

But the country wasn't always prosperous and in particular, its railway system prior to the 20th century was less than ideal.

How did this small Southeast Asian country go from having just a few kilometers of railway tracks to having a 203-kilometer railway system serving over 3 million daily passengers?

The earliest effort to create a railway line in Singapore dates back to the late 1800s, during the time of British rule. There's a record of an initial a five-kilometer track that linked Telok Ayer Street with Tanjong Pagar Harbor in 1877.

In 1882, the London-based Singapore Tramway Company started developing the first tramway. Upon completion, the railway had trouble competing with more popular modes of transportation, such as the rickshaw. It stopped operating in 1894.

At the time, not many private companies in Singapore could confidently take on a big railway project. As early as the 1860s, discussions about building a railway line were already taking place. However, time and time again, disagreements among officials would continually postpone any major endeavor.

Then in 1898, Governor Cecil Clementi Smith, one of the British colonial governors stationed in Singapore, made a strong case for developing a railway system. This led to the creation of the Singapore-Kranji Railway in 1903.

Continuing the progress made as an independent country

Railway developments under the British continued to some degree prior to the second world war (Singapore was largely unaffected by the first world war). After Japanese forces were expelled, the British empire relinquished control of Singapore, which eventually broke away from Malaysia in 1965.

Two years after declaring independence, the fledgling city-state — under the leadership of Lee Kuan Yew — sought to pursue a massive infrastructure project which involved the creation of an efficient transport system.

The four-year State and City Planning Study recommended the development of a rail transit system by 1992 to connect the different areas of the country. The mass building of massive highways for private cars was considered, but the study concluded that such a task was environmentally unsustainable.

Singapore finished the Mass Rail Transit (MRT) System ahead of schedule in 1987, with Singapore Mass Rapid Transit (SMRT) Limited as the first private operator. An initial 6 kilometers for the North-South Line was unveiled, running from Yio Chu Kang to Toa Payoh. Within three weeks, the MRT had its first million passengers. 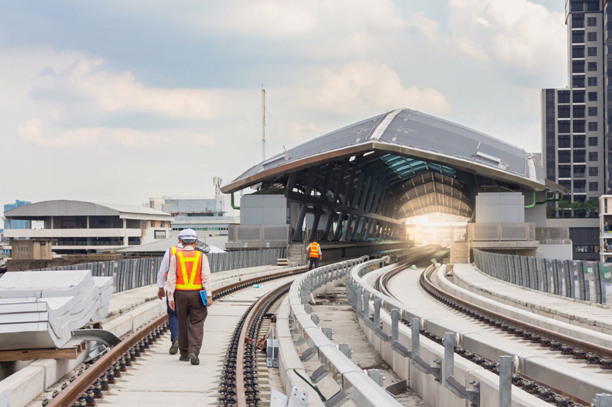 Today, Singapore's rail network has over 130 stations laid out across a total of six MRT lines. The entire system can accommodate three million passengers daily.

In addition, there are two Light Rapid Transit (LRT) systems, which augment the larger rail system. These LRT lines help bring passengers to their specific destinations in the inner parts of the country.