Egon Schiele, a very well-known artist of the early 20th century, was the Austrian representative of Expressionism. Born 12th June 1890, Egon Schiele had a brief artistic career yet was productive, which ended due to the Spanish Flu that killed millions of people.

Despite having a brief career, Egon Schiele painted over 300 paintings and over 3000 works on paper. Painting style made Egon Schiele often criticised and infamous in the art world.

In today's article, we will talk about some of the most famous paintings by the Austrian art maestro. We will be getting to know why these masterpieces are essential in art history and also be sharing the locations of the paintings so that you can pay a visit when you can.

Apart from painting distorted figures and nude fleshes, Egon Schiele was famous for crafting many landscapes and cityscapes in his short artistic career. One of them is the "Four Trees - Egon Schiele." This 1917 painting features four chestnut trees in front of a majestic-looking sunset background.

Two trees on the sides look pretty healthy, full of leaves, while the trees in the middle have fewer leaves, one of them being almost barren. However, the focus point of the entire painting is not the trees; it is the stunning sunset and the mountains in the background.

Many of Schiele's fans believe the trees on the edges of the painting represent Egon Schiele life story and balance. This means those who follow their hearts, originality, and happiness will be more prosperous than those who follow tradition (like the trees in the middle).

The balanced amount of brightness and contrast that Egon Schiele has managed to present in the painting is the life of the paintings, and that is what most art lovers and critics like. The painting is currently housed at the Belvedere Palace and Museum in Vienna, Austria, for the public.

Produced by the Australian figurative artist in 1910, "Self Portrait With Hands On Chest" is a simple charcoal line-drawing complemented with bright gouache and subtle watercolour. As the title suggests, the painting is a self-portrait of Egon Schiele with unruly and distressed hair and oversized hands over his chest.

The artist's hair is a stand-out feature of this unique painting, painted in a rich and electric shade of blue. With his hands tipped by lengthy fingernails resting over his chest, this masterpiece shows the calm yet elegant self-containment of Egon Schiele.

The painting has a particular feature we can see in previous works by Egon Schiele, which is the distorted figures. However, in this specific painting, Egon Schiele has drawn oversized hands to represent the distorted composition.

Regarding the colour palette, Schiele painted his face and hands in shades of browns and oranges, contrasting with the purple tones he used for the hair section. Also, the shirt Schiele left utterly white complements the painting's contrast. Unfortunately, the painting is not available at any public museum and is held by someone anonymous for their private collection.

Portrait Of Edith (The Artist's Wife)

"Portrait of Edith (The Artist's Wife)," Egon Schiele created after his wedding with Edith Harmes. This 1915 Expressionist oil painting captures the painter's wife, Edith, in a colourful striped dress and backed by her hair in a messy bun.

Egon and Edith met in 1914 while the artist lived with Wally in his studio in Hietzing. The two fell in love with each other and shortly after got married. Unfortunately, the couple could not live a long, happy life, courtesy of the Spanish Flu that wreaked havoc in Europe.

Edith succumbed to the disease while pregnant in 1918, and Egon followed shortly after. The full-length portrait is housed at the Museum Den Haag in Hague, Netherlands.

First on the list is "The Embrace," which captures an amatory moment between two lovers, a man, and a woman, engaged in an intimate embrace. Egon Schiele was painted in 1917, just a couple of years after his marriage with Edith Harms. Therefore, many art critics believe that Schiele was drawing himself and his wife.

Painted over a musky yellow background, both characters in the painting are naked and lying on a crumpled white sheet, with their arms interlocked. While most energy in the intimacy seems to be coming from the man, the woman looks shy as she turns away yet wraps her arms around her love.

The contrast between the intense use of colour on the background and the beautiful flesh tones of the figures is striking and worth applauding. It is also worth noting that the woman's posture gives the viewers a reminiscence of Gustav Klimt's The Kiss, which is not surprising as Schiele is considered Klimt's protégée.

The painting currently lives at the Belvedere Palace and Museum in Vienna, Austria.

To conclude, these are some of the most famous Egon Schiele paintings. The artist had a short career, yet it was very productive and crafted iconic paintings with a specific place in world art history. Is Fine Art A Good Investment? 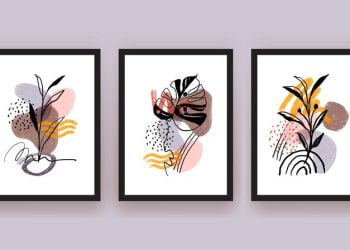 The Secret to Making Sense of Modern Abstract Art 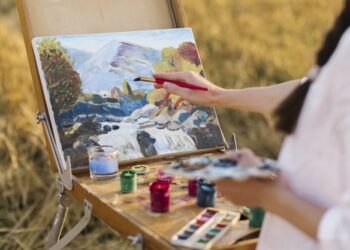 Things You Need to Know about Painting & Accessories 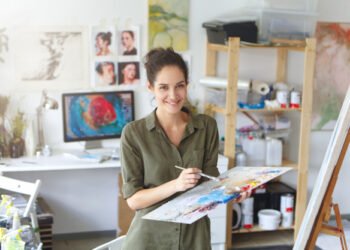 Top 6 Reasons To Invest In Artwork For Your Home