In 1986, Run-D.M.C. made history with Raising Hell as the first-ever RIAA-certified-platinum rap LP (1 million sold!) and first rap album to make the Billboard 200 top 10.

Fans (at least 1 million) adored their fly Adidas tracksuits, paid close attention to their “My Adidas” video and showed up at Madison Square Garden for the Raising Hell Tour sporting Adidas gear and waving their shoes in the air.

The symbiotic relationship between rap artist gear (inspired by NYC street hustlers in this case) and on-the-street urban clothing was born and quickly brought clothes rappers to wear mainstream.

Talk about the power of MTV and music on culture and vice-versa! Rappers picked up style the streets (gansta or 5th Avenue) and what flowed with their moves, brought it to the fans and turned unexpected fashion into hip hop clothing brands.

A regular business-meets-art, self-expression give and take.

Inspiring, right? I mean, if you’re a musician, filmmaker, any kind of artist, entrepreneur or music-lover jammin’ to your beats, you can’t help but be sparked by these story of rap meets urban style.

Hence, this hip hop clothing brands list of six brands that took off because they appeared in rap songs.

Have a gander. Be inspired!

“My Adidas” was a response to an “anti-sneaker” song to keep kids from wearing “felon shoes,” aka shoes worn by street hustlers in the 80s. It worked. People saw the video featuring the German brand started in 1949 and a sneaker fad in hip hop clothing began.

After the MSG show, Run-D.M.C. got an unthinkable $1 million endorsement deal and sportswear found a whole new urban market!

What’s that British hat maker established in 1938? You know, Kangol?

Well, before the 80s, when LL Cool J donned his favorite knit topper in videos like “I’m Bad,” America had no clue how to answer. But with the rap icon as instant fashion billboard, the U.K. brand got a new wind.

3. Wu-Tang Clan “Can It Be So Simple” Featuring POLO by Ralph Lauren

Another early influence on hip hop fashion expression and the creation of hip hop brands happened when the Wu wore POLO’s Snow Beach jacket in the “Can It Be So Simple” video. The brand is part of Ralph Lauren, which started in 1967 as a necktie store.

The Wu gave the preppy brand street cred and sparked rappers to start their own hip hop clothing brands. The Wu started Wu Wear in the mid-90s.

This Ivy-League, prep-school brand hit the urban clothing rap scene hard when Snoop Dogg wore the classic Tommy Hilfiger rugby sweatshirt on SNL in 1994. The shirt flew out of stores.

Hilfiger, which started in 1985, has since had a long relationship with rap fashion. In 2016, when prepping for her Monster World Tour, Rhianna asked Hilfiger for a “throwback collection” and featured it in her video for “Work.”

Together with Brit and U.S. brands, hip hop clothing loves Italians, and Biggie loved him some Versace sunglasses. The 1978-established Milanese brand even created signature shades for the rapper with golden Medusa on the side and relaunched the iconic look in 2018.

In 1997, Biggie wore the glasses in his “Hypnotize” video while singing “Miami, D.C. prefer Versace.”

When hip hop clothing brands began feeling the love from urban clothing wearers, they started endorsing top artists they loved and that loved them back.

As Pelle Pelle marketing director John Green says, “We realize the importance of attaching a celebrity face with a brand.”

Pelle Pelle not only puts leather jackets and baggy pants on everyone from Dr Dre to 50 Cent to LL Cool J, they also make videos, like the one with Lil Bibby.

And this artistic fashion-meets-rap collaboration has had success. Rappers get free hip hop clothing that emphasizes their creative expression and inspires hip hop fans, which in turn inspires the brands to keep it fresh.

Collaborating artistically and propping each other up has become a part of the business, arts and naughts culture. New and iconic artists share style ideas. Tech and content leaders share creative tools to give new artists a foot up.

Simple things like Canvas graphic design school and YouTube royalty free music or even posts on social media make it so everyone wins with inspiration!

Be Inspired By Rap Influence on Hip Hop Clothing

Why do rappers have such a big influence on urban clothing and culture?

I’d say because they create from what they know. It’s honest. It’s supreme in authenticity. It’s inspiring because it comes from the street-felt heart.

So, be inspired. Check out these six hip hop videos. Peek at all kinds of fashion blogs, even those that aren’t street inspired. Start making your own stuff. Then put it out there and get noticed too and speak to someone else, just like the dope hip hop clothing brands speak to you.

The #1 Trick To Mixing Denim

How Vlone Is Revolutionizing The Streetwear Fashion Scene

Which Tops to Pair with Indian Style Palazzo Pants? 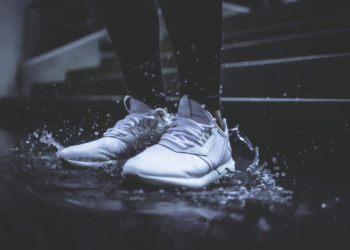