Behind the Big Screen: 7 Amazing Facts About Movie Sets and Their Props

Actors used to play in piles of... asbestos? The stories of Hollywood sets and props is a wild one. People have to get more creative than you'd ever imagined making the magic happen on-screen.

Want to learn some of those movie set secrets? Check out the behind-the-scenes (literally) facts below.

1. Those Big Buildings are a Facade:

For movies that don't shoot on location - aka - they shoot at the studios, they can't build giant buildings for each set. So, instead, they put up metal supports to create the framework for a building facade.

Then, they don't build bricks or anything you'd think goes into construction - they spray on a polymer foam. That's right - those buildings are made from (almost) the same thing as styrofoam!

If you're talking about sets in Hollywood, that polymer foam was likely Styropray. You can learn more about it, too.

This spray, along with its friends Speedsets and Uragels can make about anything - from stone looking facades to "glass" windows. It's the application of engineering, set design, and pure science.

2. All Props (and Sets) Have Backups:

Imagine you're filming a scene that's supposed to take place in a museum. Maybe the characters are trying to steal a valuable vase. That vase is a prop - and there are likely 3 or 4 others identical to it.

Why? Movie sets are chaotic places. There are people everywhere and accidents (read breaks) happen to props all the time. If it's a big studio, there's likely someone right offset who has a collection of replacements ready within arms reach.

This goes for sets too. You can't always separate a prop from the set. Some props are part of the set and vice versa. So if there are curtains on the set, there need to be extras as well.

Pretty much everything, except the actors has an identical duplicate waiting in the wings.

3. Food is Considered a Prop:

Are you watching a movie where the characters eat . . . anything? There are people on set who think about what that thing will be, how to shoot it, and if they're going to use real food or fake.

Big studios have what's called a "food stylist". These are the same people that pose food for photo shoots in magazines and such. But on lower-budget films, the food styling falls to someone in props.

Imagine being a prop director and having your whole job for one day be making sure the spaghetti was lying a certain way on the plate!

Have you ever wondered how they make movies like "Honey I Shrunk the Kids" or anything that involves giants?

Before everything was created on a computer - and still on some sets- they make the sets smaller, not the people bigger. There's an engineer who figures out how tall a table needs to look to make someone appear eight feet tall.

It's all a matter of perspective. If you walked onto that set, the table may only be 2 feet off the ground. But when you watch the movie, it looks like a normal table - and the actor looks like a giant.

While you probably figured that actors aren't really snorting piles and piles of cocaine, even the drugs you just see lying around aren't real.

It's illegal for those drugs to be on set - even in Hollywood. So prop directors have to get creative. Cocaine is actually one of the easiest drugs to fake.

Most people use baking soda or powdered sugar for cocaine - it needs to be pure white and easy to manipulate (make lines out of).

If the actors have to ingest something, the people try to make it healthier for the actors. Instead of snorting baking soda, Leonardo DiCaprio got his Vitamin B dosage. That's what he reportedly snorted on the set of Wolf of Wall Street.

Those cigarettes that you see aren't real either. If an actor wants to smoke a real cigarette, they have to go outside for a smoke break.

Instead, they smoke herbal cigarettes, which are a little like hookah - without the tobacco or nicotine. That way studios aren't paying actors to do something that gives them cancer.

If one scene of a movie needs to show a large set that would be hard to create in real life - it may be a painting. That's right! Artists will paint on matte, black glass to make a scene look realistic.

They did this in star wars since the hangars that held the spaceships had to be so big - at least, they did in the earlier releases.

The only real part of a painted set in the doorway, which they have to film the actors walking through. Then they use some clever engineering and camerawork to make the painted set look real.

7. Snow? How About Asbestos?

A lot of people don't know that on-screen snow (if not filmed in a winter location) used to be made of Asbestos. This was obviously before people knew that it was a health hazard.

They stopped this not because they figured out it was hurting people, but because the military began using it in the second world war.

Now the snow is made of a recycled paper product - no breathing filter required.

The Fakest Place on Earth: A Movie Set:

Do you feel duped now that you know that a movie set is a lot faker it seems? Or did you suspect they were using creative measures all along?

It's crazy to think that some of the buildings we see are just wood and metal frames with a polymer sprayed on. And that someone out there has to spend their day worrying about getting the right shot of spaghetti.

But it all comes together for a pretty magical effect. So next time you tune out during the technical part of the Oscars - don't. Those set makers and prop masters are the real magic behind the camera.

Want to learn more about show business? Browse the rest of our movie articles today! 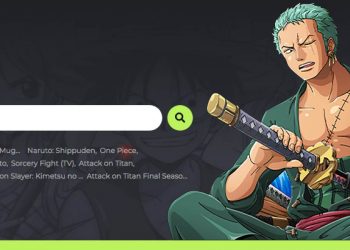 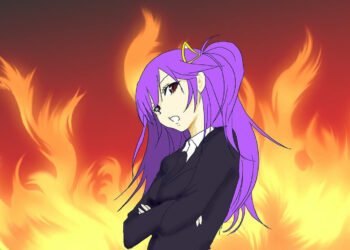