There are a number of prevalent theories out there with regard to the concept of climate change. Many believe that it is man-made, while others attribute recent occurrences to a natural part of our planetary evolution.

Wherever you may stand on the matter, it is universally agreed upon that we can all make some minor adjustments in our daily lives to improve the world around us and make it a better place to live.

R2 Recycling was established over 20 years ago with the goal of improving our environment & increasing the accessibility of electronics recycling. To that end, they have built a nationwide network of R2 certified recyclers that have been instrumental in helping to accomplish both and to make the New Jersey-based recycler a recognized leader in the burgeoning industry.

The world is changing, and the significant glacier melt in Alaska should be a sign that changes in human behavior are important if we are to halt or reverse some of these startling trends. R2 Recycling explains the factors that potentially contribute to our planet’s climate conditions.

On a worldwide basis, it is estimated that 15 pounds of electronic waste are generated by each individual person based on items they cease using.

Much of that material ends up not being responsibly recycled, and through either an incineration process or by simply being left to fester on the ground, leads to contaminants being released into our water streams, the soil where we grow crops, and the air that we breathe.

It is urged that you choose a recycler that is as committed to protecting the Earth as you are to recycle your material. R2 Recycling partners with a nationwide coalition of recyclers that follow the R2 standard. These facilities are committed to good stewardship of the environment, as all have proven their commitment toward these goals through extensive certifications. They also provide documentation to state and/or federal agencies to document that everything that they collect is recycled properly, in addition to undergoing inspections on a frequent basis.

#2 – Phones Have A High Concentration Of Metals:

An EPA study has revealed that for every 1,000,000 cell phones that end up being recycled, a sizable amount of silver, gold, palladium, and especially copper (about 35,000 lbs. of it) is ultimately collected.

Phone recycling greatly reduces the need to mine for these materials, and as an added benefit, slashes contact with potentially harmful elements such as palladium (a known carcinogen) and mercury (which can have toxic effects on the human body).

#3 – Electronics Being Replaced At A Faster Pace Than Ever:

Apple came out with a robot that could take apart about 360 iPhones each day about 5 years ago. But it has a lot of work to do, given Americans and their propensity for the latest technology: in the first quarter of 2018, Apple sold nearly 850,000 phones per day according to a report published by Computerworld.

Going beyond iPhones, all other electronic devices are being switched out quicker than ever before. Everything from laptops & computers to TVs, printers, faxes, and electronic medical equipment. Count on R2 Recycling with its nationwide network of R2 certified partners to get the job done promptly & efficiently.

All too often, electronic items end up illegally being placed in landfills. The unfortunate by-product of that gases like methane & nitrous oxide being released into the atmosphere, a result of decomposition. Another method of disposal for these items is incineration, which is not at all suggested because it exposes us to harmful carbon dioxide.

Furthermore, plastic & metal particles are believed to be major contributing factors behind the climate change trends of the last decade. An experienced recycler like R2 Recycling reduces this transmission through the use of proper methods to recycle & repurpose what they take in, as well as destroying data on your hard drives & providing Certificates of Destruction to prove they stand behind their work.

R2 Recycling has gathered a coalition of partners around the nation that follow the R2 standard, providing the peace of mind that comes with knowing that you’ve found a recycler that cares about the environment & data security as much as you do. 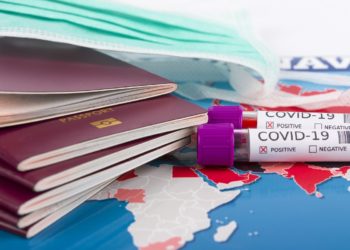