Football is one of the most popular sports in Russia. It is very important to know not only modern football stars but also young players with great potential. One of these players is David Todua — a promising player in St. Petersburg’s youth team. Despite his young age, he already has victories and awards. 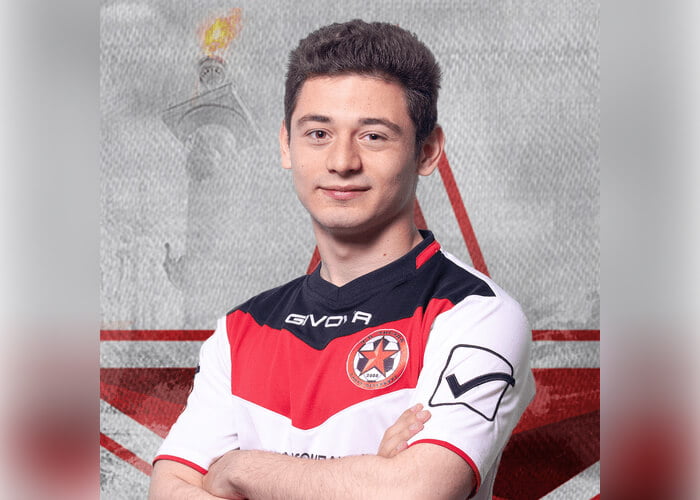 David Todua was born on January 16, 2000, in St. Petersburg. The boy's father, who also loved to play, became interested in football. In elementary school, David was invited to the football section. The boy got to the training of the football club MZ S-Pb, where he showed himself well.

According to him, the first years in sports were the most difficult: heavy workloads, constant training, and travel. But in some time, he got used to this rhythm of life and still made many friends. With this team, he reached Major League Football in the championship of St. Petersburg among children's and youth teams.

The boy's parents took his school performance very seriously. David learned well in school. That's why he sometimes had to skip training to catch up for a lost time.

After graduating from school, he entered the Faculty of Economics at SPbSUE. It was easy for him to study at the university, but even here, he had to skip classes. Still, we’ve got to hand it to him that David Todua closed the gaps in his spare time. Teachers were quite cooperative, taking into account his sports successes.

The young footballer played in various youth teams and was recognized as the best midfielder several times. Zvezda S-Pb invited David Todua to the training. He managed to play well and, as a result, received an invitation to join this club.

At that time, the team had difficulties with defenders, so David was lucky to get to the first team. From the first game, he showed that he was worth something by scoring a goal.

David Todua changed the football club when he started professional playing and began training as part of the new team FK Tosno II. During this period, David played actively for the club and showed promising results. In principle, the whole team was very strong.

Not surprisingly, they won a prize in the Russian Youth Championship.

The boy's parents rejoiced at the boy's success and supported him in every possible way. He justified their trust by winning more and more football awards. The young footballer is starting to show his playing skills from his training. After he became a team member and started to play the professional game, he repeatedly received awards and medals for his achievements.

When David Todua was moved to FK Tosno II, he started to play with his team and proved his worth. The first time when he participated in the Russian youth championship, the young footballer showed his skill. From that championship, their career begins and moves towards more victorious matches in the future.

After winning the Russian championship, he does not have to look back. Each year his reputation starts to grow. And as a result, there is no look back for the young footballer.

Milton Group invited David Todua to take part in their advertising campaign. He had no doubts about working with this campaign: David bought a flat from Milton Group, and he is delighted with the purchase. The quality of construction work was at a high level, as well as thoughtful planning.

For David Todua, this will be the first advertising contract, but very productive. Thanks to joint efforts, Milton Group has increased its sales and made its brand more recognizable in the market.

The construction company Milton Group has long been involved in supporting youth projects and initiatives. After all, this company is primarily focused on an active young audience.

David Todua is a young representative of Russian football who is already showing decent results on the football field. David's potential promises to open up.

It is also admirable that despite all of David Todua’s love for football, he remains successful at the university. We wish him the development of his football career and more scored goals!